From its headquarters in Columbus, the Republican Senate Campaign Committee manages an unparalleled full-time, year-round operation that oversees all aspects of a successful legislative campaign effort, from candidate recruitment and data modeling to voter persuasion and turnout strategies.

Republicans took majority control of the state senate in 1984, amid the landslide re-election of President Ronald Reagan (who carried 49 states that year) and the rising unpopularity of Ohio’s Democrat-dominated legislature.  The previous year, Senate Democrats voted to approve a 90 percent tax increase to offset a massive shortfall in the state’s poorly managed budget. Voters revolted and handed the Senate majority to Republicans, who have not lost it since.

Through changes in political control of the Governor’s office and the Ohio House of Representatives over the decades, the Ohio Senate has remained a Republican firewall to a liberal agenda that wants desperately to move Ohio in the wrong direction.

In 2016, RSCC reached a milestone, winning the largest Ohio Senate majority in modern history. Through a team of talented operatives and campaign managers, the Committee has evolved to become one of the most respected legislative political machines in the nation, adopting the latest in campaign technology and tactics. With the help of our generous supporters and the work of our outstanding candidates, RSCC stands ready to defend today’s majority and expand it for the next generation.

Message from the Chairman 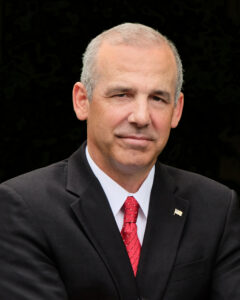 “RSCC is the one organization dedicated solely to protecting the Republican Senate majority and electing Republicans to the Ohio Senate. It’s one of the most successful legislative campaign committees in the nation, thanks in part to the investment of our faithful supporters, the hard work of our talented team of political managers and the quality of our candidates.”